In the midst of its battles with Elon Musk over Musk’s attempt to walk away from his proposed takeover of the company, Twitter was rocked by the news that a whistleblower had sent Congress and federal agencies explosive reports of “major security problems” at the company. According to the news reports, the whistleblower’s disclosure not only detailed privacy and cybersecurity vulnerabilities at Twitter, but also included allegations that company management had misled its own corporate board and government regulators about the vulnerabilities. Among other things, these revelations triggered a Congressional inquiry. And now, a plaintiff shareholder has launched a securities class action lawsuit against the company and several of its executives, based on the whistleblower’s allegations. As discussed below, the complaint has several interesting features.
END_OF_DOCUMENT_TOKEN_TO_BE_REPLACED

Fines and other recoveries in SEC enforcement action hit record levels during the agency’s fiscal year ended September 30, 2020, even as pandemic-related work closures dampened the number of enforcement actions the agency was able to file, according to the SEC Enforcement Division’s annual report released Monday. The SEC scored a record total of $4.6 billion in recoveries, largely as a result of big fines and disgorgements in a few large matters, while the 405 new standalone enforcement actions the agency filed was the lowest number in six years. The Enforcement Division’s annual report can be found here. The agency’s November 2, 2020 press release about the report can be found here. …
END_OF_DOCUMENT_TOKEN_TO_BE_REPLACED

In the following guest post, Matt Stock and Jason Zuckerman take a look at five ways that the SEC whistleblower program has affected both corporate compliance and the SEC’s enforcement efforts. Matt and Jason represent whistleblowers worldwide in whistleblower rewards and whistleblower retaliation claims. My thanks to Matt and Jason for allowing me to publish their article as a guest post on this site. I welcome guest post submissions from responsible authors on topics of interest to this blog’s readers. Please contact me directly if you would like to submit a guest post. Here is Matt and Jason’s article.
END_OF_DOCUMENT_TOKEN_TO_BE_REPLACED In addition to all of the other risks, liabilities and exposures arising from cybersecurity concerns, you can now add the possibility of a whistleblower action for cybersecurity fraud. According to a July 31, 2019 press release from counsel for the whistleblower involved (here), Cisco Systems has agreed to an $8.6 million settlement in what the press release claims is the “first cybersecurity whistleblower case ever successfully litigated under the False Claims Act.” Cisco has agreed to pay the amount to settle allegations that the company knowingly sold vulnerable and defective video surveillance software to federal, state, and local government agencies, exposing the systems to unauthorized access. As discussed below, this development even further expands the range of concerns companies must take into account when assessing their cybersecurity exposures. An August 12, 2019 memo from the Jones Day law firm about the settlement and its implications can be found here.
END_OF_DOCUMENT_TOKEN_TO_BE_REPLACED

Among the agencies largely closed by the current partial U.S. federal government shutdown is the U.S. Securities and Exchange Commission (SEC). In the following guest post,  John Reed Stark, President of John Reed Stark Consulting and former Chief of the SEC’s Office of Internet Enforcement, takes a look at what the SEC’s closure means for the processes and responsibilities that constitute the agency’s watch. Stark calls on the country’s political leaders to end the stalemate and re-open the government, including the SEC. Every day the shutdown continues, and the SEC staff remain at home, Stark says, the risks to U.S. markets increase. A version of this article originally appeared on Securities Docket. I would like to thank John for allowing me to publish his article as a guest post. I welcome guest post submissions from responsible authors on topics of interest to this blog’s readers. Please contact me directly if you would like to submit a guest post. Here is John’s article.…
END_OF_DOCUMENT_TOKEN_TO_BE_REPLACED The high-profile November 18, 2018 arrest in Japan of Carlos Ghosn, the Chairman and former CEO of Nissan (and of several other car companies) on charges of misleading the Japanese government and investors about his compensation made the front pages of the world’s papers. Continuing revelations, including the recent indictment of Ghosn and other company executive, continue to roil the company. On December 11, 2018, an institutional investor and holder of U.S.-traded Nissan ADR’s initiated a securities class action lawsuit against the company. The lawsuit is interesting in and of itself but also with respect to how it reflects several recent securities litigation filing trends.
END_OF_DOCUMENT_TOKEN_TO_BE_REPLACED The U.S. Supreme Court ruled on February 21, 2018 that the Dodd-Frank Act’s anti-retaliation provisions protect only whistleblowers that make a report to the SEC, and do not apply to whistleblowers who report internally. The Court’s ruling, which resolved a circuit split on the question of who was entitled to the Act’s provisions, will significant limit the scope of the anti-retaliation protections. The Court’s February 21, 2018 opinion in Digital Realty Trust, Inc. v. Somers can be found here.
END_OF_DOCUMENT_TOKEN_TO_BE_REPLACED Fifteen years ago this month, the once high-flying energy company Enron completed its massive collapse when it filed a petition for bankruptcy protection. In his interesting December 2, 2016 post on the Harvard Law School Forum on Corporate Governance and Financial Regulation (here), Michael Peregrine of the McDermott, Will & Emery law firm takes a retrospective look at Enron’s downfall and suggests a number of different ways that those events have continuing relevance. As I discuss further below, there are, in addition to the considerations Peregrine notes, a number of other continuing legacies of Enron.
END_OF_DOCUMENT_TOKEN_TO_BE_REPLACED

The SEC has long made it clear that it intends to protect whistleblowers and to suppress activities it believes will have the effect of discouraging whistleblower activity. The agency recently launched enforcement actions against companies that had incorporated various waivers in employee severance agreements that discouraged employees from reporting possible securities law violations to the SEC. The agency’s actions shows that the agency is prepared to actively target corporate actions the agency believe may suppress the whistleblowing process.
END_OF_DOCUMENT_TOKEN_TO_BE_REPLACED 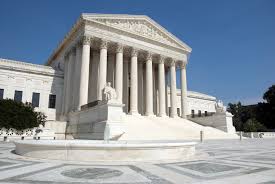 Since their 2002 enactment, the whistleblower protections in Section 806 of the Sarbanes-Oxley Act have been presumed to apply only to employees of publicly traded companies. After all, the provisions are entitled “Protection for Employees of Publicly Traded Companies Who Provide Evidence of Fraud.” However, in its March 4, 2014 holding in Lawson v. FMR, …