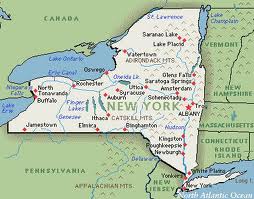 In an unusual development in a closely watched case, K2 Investment Group, LLC v. American Guarantee & Liability Ins. Co., the New York Court of Appeals has reversed its own June 2013 ruling in the case in which it held that a legal malpractice insurer that breached its duty to defend is barred from relying on policy exclusions to avoid paying a judgment against its insured.

In a February 18, 2014 opinion (here), the Court of Appeals held that its earlier ruling in the case “cannot be reconciled” with its own prior case precedent, and therefore the Court vacated its earlier ruling in the K2 Investment Group case.  Under the Court’s prior precedent, which as now been revalidated, insurers that have breached the duty to defend are not precluded from relying on other policy exclusions in defending against a suit for indemnification.

The coverage dispute arises from legal malpractice claims that had been filed against Jeffrey Daniels, who was insured under a professional liability policy issued by American Guaranty & Liability Insurance. The insurer denied that it had a duty to defend Daniels. Daniels defaulted on the underlying claim, resulting in the entry of a default judgment against him. The claimant in the underlying claim then sought to enforce the judgment against the insurer. The insurer asserted that the loss was not covered, relying on two exclusions which it contended precluded coverage. Litigation ensured and the coverage dispute ultimately made its way to the New York Court of Appeals.

As discussed here, in June 2013, the New York Court of Appeals held that having breached its duty to defend, the insurer could not rely on other grounds to contest the duty to indemnify. The Court said that “an insurance company that has disclaimed its duty to defend may litigate only the validity of its disclaimer.” If, the Court said, “the disclaimer is found bad, the insurance company must indemnify the resulting judgment even if policy exclusions would otherwise have negated the duty to indemnify.”

As Joe Monteleone noted on his D&O E&O Monitor Blog (here), the June 2013 decision created confusion in the courts – owing the decision’s apparent conflict with existing New York case law — and left insurers uncertain how to proceed. As discussed in the Kaufman Dolowich memo linked above, the decision also emboldened some policyholders to argue that a breach of the duty to defend stripped an insurer of all rights under the Policy.

Arguing that the June 2013 opinion failed to address existing New York Court of Appeals precedent, the insurer filed a motion for re-argument. Several amici joined the request. The Court agreed to re-hear the case, which was re-argued in January 2014.

In a February 14, 2014 majority opinion written by Judge Robert Smith (who had written the initial opinion in the case in June 2013), the Court held that the earlier opinion in the case “cannot be reconciled” with the Court’s 1985 opinion in the Servidone case, which held that the breach of the duty to defend “does not create coverage” and thus does not prohibit an insurer from relying on applicable policy exclusions. The Court concluded that there was no reason to overrule the Servidone case. Recognizing principles of stare decisis, he Court said that

When our court decides a question of insurance law, insurers and insureds alike should ordinarily be entitled to assume that the decision will remain unchanged unless or until the legislature decides otherwise. In other words, the rule of stare decisis, while it is not inexorable, is strong enough to govern this case.

The Court’s June 2013 opinion in the K2 Investment Group case had been highly criticized by insurer advocates for breaking from existing precedent. For example, in a June 13, 2013 post on its Insurance Law Blog (here), the Traub Lieberman firm said that the Court of Appeals June 2013 opinion in this case “announced a new rule” and that previously “New York courts at both the state and the federal level consistently rejected the notion that by having breached a duty to defend, an insurer is estopped from relying on coverage defenses for purposes of contesting an indemnity obligation.” The June 2013 decision, the law firm memo says, “departs from this long-established jurisprudence.”

The Court of Appeals February 2014, then, eliminates this apparent departure from the established jurisprudence. As the Tressler law firm put it in the memo linked above, if the Court had not overturned its earliler decision, insurers “would have been stuck with a very unsettled landscape on insurance law in New York.”

While the Court of Appeals decisions eliminates a ruling that insurers had found objectionable, it nevertheless continues to be a good idea for carriers to file a declaratory judgment action when taking the position that they have no duty to defend. The Court of Appeals quoted an earlier case stating that insurers are “well advised” to file a declaratory judgment action in those circumstances, which, the Court noted, “continues to be sound advice.”