Since the earliest outbreak of the coronavirus in the U.S. in March 2020, I have been tracking the coronavirus-related D&O litigation. There have been D&O suits filed throughout the intervening period, though the nature of the suits and the kinds of allegations have evolved over time. One recent aspect of the changes has been that, as pandemic-related circumstances have blended into general business conditions, it has become increasingly difficult to say with certainty whether certain new suits are or are not pandemic-related. A case in point is a lawsuit filed earlier this week against software company Everbridge, which experienced a recent stock price decline due to a number of circumstances including some that the company itself declared to be pandemic-related. I discuss below my reasons for including this new lawsuit in my tally of coronavirus-related lawsuits. A copy of the complaint filed on April 4, 2022 Central District of California can be found here.
END_OF_DOCUMENT_TOKEN_TO_BE_REPLACED

As I have noted in prior posts on this site (most recently here), plaintiffs’ lawyers’ claims in cybersecurity-related D&O lawsuits recently have fared poorly. A number of these suits recently have failed to clear the initial pleading hurdles. However, in a ruling last week, the federal judge presiding over the SolarWinds cybersecurity-related securities suits substantially denied the defendants’ motions to dismiss in an opinion that has a number of interesting features, as discussed below. Western District of Texas Judge Robert Pitman’s March 30, 2022 opinion in the case can be found here.
END_OF_DOCUMENT_TOKEN_TO_BE_REPLACED In my recent year-end wrap up of D&O issues, I speculated that certain current conditions – supply chain woes, labor supply constraints, and economic inflation – could lead to a rash of D&O claims. I actually had examples in my wrap-up article of D&O claims arising from supply chain issues and labor supply concerns, but I didn’t have any inflation-related D&O claims examples – until now. The securities class action lawsuit filed last week against Vertiv Holdings is directly related to the company’s recent inflation-caused earnings miss and ensuing stock price drop. As discussed below, there could be more inflation-related D&O claims to come. A copy of the March 24, 2022 complaint against Vertiv can be found here.
END_OF_DOCUMENT_TOKEN_TO_BE_REPLACED 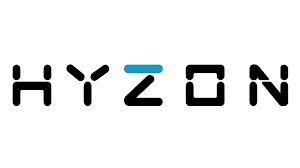 Consistent with my speculation, on March 18, 2022, a plaintiff shareholder filed a direct action for breach of fiduciary duty against certain former directors of officers of Decarbonization Plus Acquisition Corporation, a special purpose acquisition company (SPAC), that in July 2021 merged with Hyzon Motors USA to form Hyzon Motors Inc. The claim is brought on behalf of SPAC investors who were entitled to redeem their shares at the time of the merger.  The plaintiff claims that the defendants’ misrepresentations about the merger deprived the plaintiff class of their right to make an informed redemption decision. The claims asserted on behalf of the investors are not only very similar to the allegations previously raised in the MultiPlan litigation, but the new complaint expressly quotes the dismissal motion denial ruling in the MultiPlan ruling. As discussed below, this latest lawsuit may indicate a likely future direction for SPAC related litigation. A copy of the complaint in the new Delaware state court direct action can be found here.
END_OF_DOCUMENT_TOKEN_TO_BE_REPLACED As I have noted in prior posts, one of the most significant securities litigation phenomenon over recent months has been the rise of lawsuits involving special purpose acquisition corporations (SPACs). Last week, two more of these SPAC-related suits were filed. Although the new lawsuits have features in common with many of the prior SPAC-related suits, they also have several interesting distinctive attributes as well, as discussed below.
END_OF_DOCUMENT_TOKEN_TO_BE_REPLACED As discussed here, beginning in 2016 companies in this industry that found themselves the subject of antitrust enforcement actions were hit with follow on securities litigation. In connection with one of those suits involving poultry producer Pilgrim’s Pride the court recently granted the defendants’ motion to dismiss. Both the lawsuit and the court’s ruling are significant given the current Presidential administration’s ramped-up antitrust enforcement approach and the possibility for resulting follow-on D&O claims. The Court’s March 8, 2022 order in the Pilgrim’s Pride case can be found here.
END_OF_DOCUMENT_TOKEN_TO_BE_REPLACED As readers of this blog know, the various board diversity lawsuits that the plaintiffs’ lawyers filed in late 2020 and early 2021 have uniformly fared poorly in the courts. In the latest dismissal motion ruling in one of these suits, the court in the board diversity suit filed against the directors of Cisco Systems has granted the defendants’ motion to dismiss, albeit without prejudice. The court’s ruling in the Cisco Systems board diversity suit is noteworthy because the court addressed the merits of the plaintiff’s Section 14(a) claims. A copy of the court’s March 1, 2022 dismissal order can be found here.
END_OF_DOCUMENT_TOKEN_TO_BE_REPLACED At least since Elon Musk’s infamous “take private” Tweet, we have known that communications on social media can potentially give rise to liability under the federal securities laws. Now, after a company posted an allegedly upbeat Tweet ahead of its full quarterly earnings release, and after the company’s share price rose on the Tweet but slumped on the later release of the detailed results, the company has been hit with a securities class action lawsuit based on the Tweet. A copy of the complaint filed on February 28, 2022 against Affirm Holdings can be found here.
END_OF_DOCUMENT_TOKEN_TO_BE_REPLACED