As readers know, directors and officers of both public and private companies face a number of sources of potential liability exposure that can in turn learn to claims against them. One area of potential D&O claims exposure that may not always be considered is the possibility that the individuals could face claims brought against them by their own company, as happened, for example, in the lawsuit that McDonald’s recently filed against its former CEO. The latest example of a case where a company has sued one of its former senior officials is the lawsuit filed earlier last week by General Motors against one of its former directors, based on allegations that the director leaked confidential information to a rival company and to the UAW, which, the company alleges, added billions to the company’s labor costs. The lawsuit, which is interesting in and of itself, also raises a number of interesting issues, as discussed below. A copy of GM’s complaint in the lawsuit can be found here.
END_OF_DOCUMENT_TOKEN_TO_BE_REPLACED

In the following guest post, Francis Kean and John McCarrick take a look at the state of play with respect to D&O insurance policy exclusions in light of the current market conditions, as well as the different approach to policy exclusions under U.S. and U.K. law. Francis is a Partner, Financial Lines, at McGill and Partners. John is a partner in the White & Williams law firm. I would like to thank Francis and John for allowing me to publish their article as a guest post on this site. I welcome guest post submissions from responsible authors on topics of interest to this blog’s readers. Please contact me directly if you would like to submit a guest post. Here is Francis and John’s guest post.…
END_OF_DOCUMENT_TOKEN_TO_BE_REPLACED 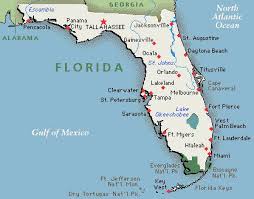 As the number of Telephone Consumer Protection Act (TCPA) class actions has risen in recent years, one recurring question has been whether or not there is coverage under the defendant companies’ D&O insurance policies for these claims.  The specific issue is whether or not D&O policy’s “invasion of privacy” exclusion precludes coverage for TCPA claims. In the latest ruling to address these issues, Southern District of Florida Judge Robin L. Rosenberg, applying Florida law, held that, in light of the specific allegations in the underlying TCPA action, coverage for the claim was precluded by the exclusion. Judge Rosenberg’s ruling is consistent with other rulings, but does also raise some interesting issues. Judge Rosenberg’s May 30, 2019 order can be found here. A June 7, 2019 post on the Wiley Rein law firm’s Executive Summary Blog can be found here.
END_OF_DOCUMENT_TOKEN_TO_BE_REPLACED One area of potential legal exposure facing corporate executives – including even executives of private companies – is the risk of liability under laws designed to protect competition, including (but definitely not limited to) state and federal antitrust laws. Claims asserting liability under these various legal provisions not only represent a significant liability exposure for corporate executives, but they also present a number of potentially significant issues when it comes to questions of coverage under the typical private company D&O insurance policy. As discussed below, a recent paper discussed a number of these issues; I discuss additional issues below, as well.
END_OF_DOCUMENT_TOKEN_TO_BE_REPLACED In a recent insurance coverage lawsuit arising out of an underlying dispute over who was responsible for the lapse of a key man life insurance policy, a court determined that coverage for the attorneys’ fees a management consulting firm incurred in defending against the underlying claim was precluded by the failure to maintain insurance exclusion in the consulting firm’s professional liability insurance policy. Because coverage disputes involving a failure to maintain insurance exclusion are relatively rare, the court’s decision provides an opportunity to consider the exclusion and how it might affect the availability of coverage in certain claims situations.
END_OF_DOCUMENT_TOKEN_TO_BE_REPLACED Many insurance policies contain a war exclusion precluding coverage for loss caused by war. But in world where violent conflicts involve a wide variety of different groups and parties, what exactly constitutes “war”? In a recent coverage dispute presenting this issue, a federal judge concluded that the 2014 armed conflict between Israel and Hamas disrupted its film production activities involved both “war” and  “warlike action,” and therefore that coverage for the Universal Cable Production for the costs it incurred as a result of the conflict was precluded under the company’s insurance policy. The case raises a number of interesting issues that are likely to recur in our current unstable and violent world. Northern District of California Judge Percy Anderson’s October 6, 2017 decision in the Universal Cable case can be found here.
END_OF_DOCUMENT_TOKEN_TO_BE_REPLACED

Executives at companies whose securities are publicly traded typically don’t need to be persuaded that their company needs D&O insurance. They understand that the exposures public companies face make D&O insurance indispensable. However, the view of some private company managers may be different, particularly for officials at companies whose shares are very closely held. These company officials may believe their company has little risk of getting hit with a D&O lawsuit and as a result conclude that they don’t need D&O insurance. However, the reality is that D&O insurance is an indispensable part of every company’s risk management arsenal, whether or not a company’s shares are listed.
END_OF_DOCUMENT_TOKEN_TO_BE_REPLACED As I readers of this blog well know, a frequently recurring D&O insurance question is whether or not the policy’s insured vs. insured exclusion operates to preclude coverage. One of the many issues that can arise under the exclusion is whether or not the exclusion precludes coverage if the underlying claim is brought both by claimants that are insured persons under the policy and persons that are not insured persons. In a January 30, 2017 decision applying Florida law (here), Southern District of Florida Judge Beth Bloom ruled that a condominium association’s D&O insurance policy’s insured vs. insured exclusion barred coverage for the a claim brought by two claimants, one of whom was insured under the policy and one of whom was not.
END_OF_DOCUMENT_TOKEN_TO_BE_REPLACED A couple of items crossed my desk last week that made me think about two exclusions that are sometimes found in D&O insurance policies. In each case, the exclusions, while relatively uncommon, could substantially restrict the insurance coverage available at least in certain circumstances. Precisely because these exclusions are relatively uncommon, it is important to understand the circumstances to which they apply and how they can affect coverage when they are triggered.
END_OF_DOCUMENT_TOKEN_TO_BE_REPLACED These questions arose in a coverage dispute involving a series of lawsuits brought against the board of U-Haul International Inc. parent Amerco. One of the lawsuits had been brought by a former Amerco board member (who was also related by family to the company founder) but the rest of the lawsuits had been initiated  by other shareholders who were not Insured Persons under Amerco’s D&O insurance policy. The various actions were consolidated by court order. The company’s D&O insurer denied coverage for the board’s defense expenses based on the Insured vs. Insured exclusion. In a June 6, 2016 opinion (here), the Ninth Circuit affirmed the district court’s holding that the exclusion precluded coverage for all of the claims.
END_OF_DOCUMENT_TOKEN_TO_BE_REPLACED