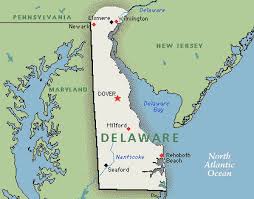 In the latest development a long-running D&O insurance coverage dispute, a Delaware Court has held that Verizon’s D&O insurance program covers the company’s $95 million settlement of a bankruptcy Trustee’s fraudulent transfer claim. In reaching this conclusion, the Court held, among other things, that the fraudulent transfer claim was a “Securities Claim” within the meaning of Verizon’s primary D&O insurance policy. The specifics of the court’s analysis of this issue underscores how complicated the question of what constitutes a “Securities Claim” can be. A copy of Delaware Superior Court Judge Eric Davis’s October 20, 2022 opinion can be found here.

In March 2008, through a complex three-party transaction, Verizon spun-off certain telecommunications assets (landlines) to FairPoint. To accomplish the spin-off, Verizon sold the assets to Spinco, a wholly owned subsidiary of Verizon. In exchange for the assets, Spinco issued corporate debt notes to Verizon. Verizon then divested Spinco by spinning out its stock to Verizon’s stockholders. Spinco and FairPoint then merged, with FairPoint as the surviving entity. Spinco’s stock was cancelled and converted to “new” FairPoint stock. As a result of the transaction, FairPoint acquired ownership of the telecommunications assets, as well as the debt obligation to Verizon on the corporate debt notes Spinco has issued to Verizon. Verizon sold the notes to investment banks which in turn sold the notes to third-party buyers.

Following the completion of the transaction, FairPoint was unable to service its outstanding operating debt and the Spinco notes. In October 2009, FairPoint filed for Chapter 11 bankruptcy. The ensuing plan of reorganization created a trust with an appointed Trustee authorized to pursue litigation, including Spinco-related causes of action. In October 2011, the Trustee filed an action (the “FairPoint action”) against Verizon in which the Trustee sought to avoid alleged actual and constructive fraudulent transfers connected to the landline assets spinoff transaction. Among other things, the Trustee alleged that FairPoint was insolvent at the time of the spinoff transaction. Verizon and related entitles ultimately settled the FairPoint action for $95 million. Verizon and related entities incurred approximately $24 million in attorneys’ fees defending the FairPoint action.

Verizon sought insurance under both of the policies for the FairPoint Action settlement and defense costs. When the insurers declined to pay these amounts, Verizon filed a breach of contract action against the insurers.

In a February 23, 2021 opinion, Delaware Superior Court Judge Eric Davis granted the insureds’ partial summary judgment on the defense cost issue and denied the insurers’ motion for judgment on the pleadings on the “Securities Claim” issue. As discussed in detail here, Judge Davis held that the Trustee’s fraudulent transfer claims were “Securities Claims” within the meaning of the FairPoint policy.

In a separate motion, one of the excess insurers on the FairPoint program moved for summary judgment on the argument that the settlement amount in the FairPoint action was not covered Loss because the fraudulent transfer claims were in the nature of a claim for “disgorgement” for which coverage was precluded under the policy’s definition of Loss.

The primary policy in the Verizon program defined the term “Securities Claim” to mean, among other things, a Claim “brought derivatively on behalf of an Organization by a security holder of such Organization.”

The primary policy in the FairPoint program provides that Loss shall not include “matters which may be deemed uninsurable under the law pursuant to which this policy shall be construed, including but not limited to damages or settlements which are in the nature of restitution, disgorgement, or the return of ill-gotten gains.”

In an October 18, 2022 Opinion, Judge Davis denied the insurers’ motions and granted Verizon’s motions, holding among other things that the Verizon program covers the settlement of the FairPoint Action.

Finally, Judge Davis rejected the excess insurer’s argument that the amount of the settlement was not covered Loss because it represented a disgorgement. While Judge Davis agreed with the excess insurer that the Trustee’s fraudulent transfer action was in the nature of an action for disgorgement, that did not therefore mean that the policy precluded coverage for the settlement. Judge Davis agreed with Verizon that the policy’s preclusion of amounts in disgorgement in the policy’s definition of Loss applied only to “matters which may be deemed uninsurable under the law pursuant to which the policy shall be construed.” Judge Davis noted that Delaware’s courts have held that settlements for disgorgement are insurable under Delaware law, and therefore the settlement of the Trustee’s fraudulent transfer case was not precluded from coverage.

It is important to note that in my description of Judge Davis’s holding above, I have condensed many of the details of his reasoning. Much of the analysis in his opinion depends on intricate details of the underlying merger transaction and the relationship between Spinco and Verizon. This intricacy is important to note — the outcome of this case is very much a reflection of the specific policy language and the specific facts involved.

Judge Davis has not held that a bankruptcy trustee’s claims for fraudulent conveyance will in every instance constitute a “Securities Claim” under a D&O insurance policy (although it certainly may feel that way to the insurers involved); rather, he held that under the policy language at issue and under the facts involved in the underlying transaction, the Trustee’s fraudulent transfer claim in this instance is a “Securities Claim.” Indeed, it should be noted that the Delaware Supreme Court held, in a case also involving Verizon but involving a D&O insurance policy with differing policy language, that the fraudulent transfer claim involved in that case was not a securities claim (as discussed here).

Many readers familiar with Judge Davis’s prior ruling in this insurance coverage dispute – that is, his holding that the Trustee’s fraudulent transfer claims were a “Securities Claim” within the meaning of the FairPoint policy – may be puzzled that he had to address these apparently same issues on these motions. This puzzle may be explained at least in part by the fact that the earlier ruling was with respect to the FairPoint policy, and his analysis in this opinion has to do with respect to the Verizon policy. The need for Judge Davis to separately address these issues under the Verizon policy has to do with the specifics of the relationship of Spinco to the transaction and to the Verizon policy, while the prior ruling had to do with the relationship of FairPoint and Verizon to the FairPoint policy. (I should add that any of the lawyers involved in this case who think I have gotten this point wrong should me know; this is a complicated situation and I could easily have gotten this wrong.)

These subtleties underscore the point that I made at the time of Judge Davis’s prior ruling, which is that the determination of whether or not a matter is a “Securities Claim” can turn out to be a very complicated question. This matters because corporate entities (as opposed to individual corporate directors and officers) are insured under public company D&O insurance policies only for matters that are “Securities Claims” under their policy. This aspect of the coverage puts corporate policyholders in a position of trying to argue that particular matters they are contending with are in fact “Securities Claims.”

All of that said, there was definitely a tone in Judge Davis’s opinion that he felt he had already decided the issues presented here in his earlier ruling. This opinion is 24 pages long, but there is a sense from this opinion that he could easily have stated the basis of his ruling in the phrase “For reasons stated in my prior opinion…” Indeed, he came pretty close to saying that, albeit in many more words.

Special thanks to a loyal reader for providing me with a copy of Judge Davis’s opinion.