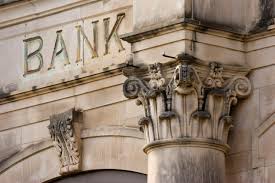 After a run of several years where numerous banks failed each year, no banks failed in 2018, and only four failed in 2019. The low number of bank failures last year, and the absence of any bank failures the year before, clearly are signs that the economy is strong and the banking industry generally is profitable. But the banking sector is notoriously volatile and historically registers all of the economy’s ups and downs vividly. Is it possible that the current banking sector calm itself foreshadows trouble ahead? That is the question asked in a January 6, 2020 Wall Street Journal article entitled “Few Bank Failures Could Be a Warning Sign for U.S. Financial System” (here).

First the good news. As noted above, there were only four bank failures in the U.S. during calendar year 2019, all involving very small  banks – three of the four had assets of less than $50 million at the time of their closure, and the fourth had assets under $125 million. (A list of the failed banks with links to the relevant info can be found here.)

In general, the signs point to a healthy banking sector. But the Wall Street Journal article to which I linked above suggests that “some bank analysts and former regulators say the very paucity of failures may be a sign that hidden risk are building.” The article quotes the FDIC’s Vice Chairman as saying that is at times like this that “the bad loans are made,” as banks are tempted to loosen lending standards.

It is not as if there are not some worrisome factors out there. According to the Journal article, debt among nonfinancial firms is close to a record high relative to gross domestic product. Debt is rising fastest among companies with lower credit ratings. Some specific sectors are “showing froth”: auto debt has “soared about 56% in the past decade,” and of the consumers who traded in old vehicles to buy new cars in the first six months of 2019, 33% owed more than the old car was worth.

So is this like the clichéd scene from a Western movie, where the cowboys are sitting around the campfire looking out into the surrounding darkness, in which one cowboy says, “Sure is quiet…” and the another cowboy says, “Yeah, too quiet…”?

It could be. Anyone who has followed the banking sector over time knows that periodically the industry goes through crises. I started my carrier – and was initiated into the ritual priesthood of D&O insurance – during the S&L crisis in the 80’s and early 90’s. After that crisis settled down, the industry was generally quiet until the big blow up starting in late 2007 and accelerating in 2008 and 2009. In the lead-up to the latest blow-up in the global financial crisis, thing were also very quiet (as noted above, there were no bank failures at all during 2005 and 2006).

On the other hand, the concerning sounds out there beyond the campfire could just be some dry leaves blowing in the wind. As a result of controls put in place following the last financial crisis, banks now have much more substantial capital buffers. In addition, banks are much more tightly supervised than in the past. These safeguards are reassuring, as they were intended to be. And they could be counted on to provide an extra measure of protection – as long as they are not short-circuited.

As the Journal article notes, “a trend toward easing post-crisis rules for the financial industry has some former regulators worried that risks could be overlooked.” The article notes that smaller firms are now allowed to file shorter financial reports with regulators, are examined less often and are exempt from some capital rules if they maintain a relatively high ration of equity to assets. The article closes with a quotation from form FDIC chair Sheila Bair as saying that “the momentum is going in the direction of softening the rules, generally. It’s the wrong mind-set.”

From my perspective, there is no immediate reason to be concerned. Among other things, there are far fewer banks now than there were at the outset of the global financial crisis. As of the end of the last federal government fiscal year on September 30, 2019, there were only 5,256 banking and savings institutions in the U.S., compared to 8,681 as of December 30, 2006, just before the first effects of the coming crisis began to emerge. As a result of the refining fire of the financial crisis, the weakest banks have been eliminated. To be sure, enough time has now elapsed for other institutions to weaken, but overall, the remaining institutions and the industry as a whole should be stronger than before.

Of course, only time will tell. As I noted above, on irregular cycles, the banking industry does go through periodic crises. We are now at the end of a sustained period of economic strength, and no one knows how long it will continue. If the economy were to falter, the banking sector would be among the first to register the weakening.