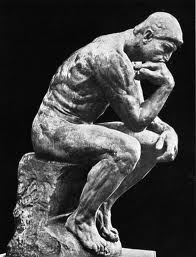 Of all the questions surrounding liability insurance, the one issue that seemingly ought to be most obvious is the amount of insurance potentially available to respond to claims. Indeed, the question of the amount of insurance potentially available for a single claim usually is relatively straightforward and usually is answered by reference to the limit of liability identified on the face of the policy. When multiple claims arise, however, things become more complicated, particularly if multiple claims arise during separate policy periods.

In our litigious society, it is not uncommon for a given set of circumstances to trigger multiple complaints. A liability insurance policy will typically provide that if claims are related, they are treated as a single claim and that the claims made date for the claim is the date on which the first complaint was filed. Fair enough, you may say. The hard question is — what is it that makes claims “related”? The question of whether or not two claims are related can matter deeply, because if two claims made in two different policy periods are unrelated, then two limits of liability (or two separate towers of insurance) are triggered; but if they are related, then only a single limit (or tower of insurance) applies.

“Relatedness” is not self-defining. It is, in fact, a concept that recedes away from you the harder you try to think about it. At a certain level of generalization, everything in the universe is related, all joined together in the all-powerful and all- knowing mind of almighty God. Yet from another perspective, nothing is related, as all of creation consists of nothing more than chaotic, swirling bits of matter randomly spinning away within the cosmic void.

And even if we are more practical and less theoretical, what is the type of relationship that determines relatedness – is it temporal or spatial relationship? Is it causal or logical relationship? Must events involve the same actors acting with the same purpose and intent and using the same methodology for the events to be related – and if the actors, purposes and methodology don’t have to be identical, how much may they vary without eliminating the link of relationship between different events?

D&O insurance policies attempt to retrieve these issues from the outer realms of philosophy. Typically the policy will define the term “Related Claims” as “all Claims for Wrongful Acts based upon, arising from, or in consequence of the same or related facts, circumstances, situations, transactions or events or the same or related series of facts, circumstances, situations, transactions or events.” Unfortunately, these words do not eliminate the fundamental definitional predicament, because the meaning of the defined phrase –“related”– depends on a determination of what makes given facts or circumstances “the same or related.” (This is what I meant when I said that the more you try to think about these issues, the more they recede away from you.)

One of the many vexing aspects of these relatedness issues is that the various parties are not always interested in the same kind of analytic outcome in every situation. Although the insured persons (and claimants, to be sure) in the Lehman Brothers and IndyMac cases clearly are interested in a finding that the various claims are unrelated, a finding of unrelatedness is not always in the policyholders’ interests. For example, policyholders may want to find that claims are related if the question is not how many limits of insurance apply, but rather is how many policy retentions apply.

Most D&O policies will typically provide with respect to the retentions something along the lines of “a single Retention amount shall apply to Loss arising from all Claims alleging the same Wrongful Act or related Wrongful Acts.” Under this language, a finding that multiple smaller claims are unrelated could leave the policyholder responsible for multiple policy retentions and render much of the loss deriving from the various claims as uninsured.

As should be apparent, these issues arise frequently, and over t he years, many courts addressed the “relatedness” question. However, anyone expecting to find clarity from the various cases will be disappointed. Taken collectively, the cases illustrate nothing so much as how elusive these issues can be.

Many of the published case decisions in this area arose out of the insurance coverage litigation that followed in the wake of the S&L crisis. In those cases, policyholders (or more typically, the FDIC) argued that each of the various allegedly negligently made loans represented a separate act of negligence and therefore a separate claim. The insurers argued that because all of the loans were made by the same group of loan officers applying the same aggressive lending approach, the loans were interrelated and the allegations of negligence therefore constituted only a single claim. The FDIC had some success making these arguments in at least some cases. Yet in other cases, seemingly no different, these arguments were unsuccessful, particularly where the question was whether multiple loans made across multiple policy periods triggered multiple limits of liability.

As a result of these and many other judicial decisions, there are a multitude of cases for either side to cite in any relatedness dispute today. Indeed, in their 2009 article entitled “Interrelated Acts, Unrelated Case Law” (here), Robert Chesler and Syrion Anthony Jack of the Lowenstein Sandler law firm comment that “unfortunately for both insurers and policyholders, the case law regarding these issues is hopelessly irreconcilable.” The unpredictability of the issue “stems in part from the fact-intensive analysis that most courts apply in attempting to resolve such disputes.”

I do not mean to suggest there are never times when the obvious outcome is clear. For example, if there are two complaints, one a securities class action suit and the other a shareholders derivative suit, and each based on the same, say, options backdating allegations, those two complaints are related. If however, one complaint alleges options backdating and the other alleges, say, the failure of a development stage product to clear a regulatory threshold, then those two complaints probably are unrelated. It is the realm between these two points of relative clarity where the problems emerge.

My perception is that courts generally approach the analysis of these issues with an unconscious bias in favor of whatever outcome will maximize the amount of insurance available. Insurers can overcome these biases, and it clearly matters to them that they do, since limits and retentions are instrumental in determining premiums and ultimately in determining profitability. In the end, the outcome of any particular “relatedness” dispute is going to depend on the facts presented, the policy language involved, the case law applicable in any given jurisdiction – and the predilections of the decision maker.

With all of these variables in play, outcomes can be unpredictable. Yet the outcomes can and often do make an enormous difference in the amount of insurance available to respond to the claims presented.

I suspect that many readers will have reactions to my views here, perhaps even strong reactions. I hope that readers with views on this topic will take the time to share their views with others by posting their thoughts on this site using the Comment feature.

More About M&A Litigation: Regular readers know that I have written extensively of late about the rising tide of litigation related to mergers and acquisitions. All too often this litigation fails to produce anything except fees for the lawyers involved. The expensive pointlessness of so much of this litigation is well detailed in a February 16, 2012 Bloomberg article entitled “Merger Lawsuits Often Mean No Cash for Investors” (here). The problems associated with this kind of litigation are increasingly a matter of increased awareness and heightened scrutiny.

More About the Developments in the Netherlands: In a recent post (here), I wrote about the recent decision of a Dutch court authorizing the use of the Dutch collective-settlement statute to settle disputes on a classwide, opt-out basis. The significance of this development is discussed in a good, brief February 18, 2012 post on the Harvard Law School Forum on Corporate Governance and Financial Regulation (here). The article concludes that:

The Court’s decision illustrates that the Dutch Act provides a viable class action settlement mechanism for complex multi-jurisdictional securities class actions. In particular, if the claims asserted face significant obstacles under U.S. law, the Dutch Act should be considered as a potential strategic alternative to resolve the dispute globally in conjunction with a United States settlement. Further, where a U.S. court will not hear investor claims because the shares of the company allegedly involved in wrongdoing were listed and purchased on a European-based stock exchange, the company should be aware that it (with European and American investors) can seek to resolve those claims on a classwide basis in a European forum.

A Bad Karma Reverse Hat Trick: In Sunday’s 5th Round FA Cup fixture between Liverpool and Brighton at Anfield (Liverpool’s home pitch), Brighton scored four goals and Liverpool scored only three, yet Liverpool won, 6-1 — because Brighton scored three "own goals," the first time that has happened in FA cup competition. Two of the three own goals were put in the net by Brighton’s unfortunate defender, Liam Bridcutt. And you thought you were having a tough day at the office.