For everyone involved in the public company D&O arena, IPOs are a continuing source of interest and concern. An important part of thinking about IPO companies and their D&O risk profile in understanding what is going on in the IPO marketplace. On March 6, 2019, the Proskauer Rose law issued its annual analysis of the 2018 U.S. IPO activity. The report provides an interesting overview of the important characteristics of 2018 IPOs. The IPO report can be found here. The law firm’s March 6, 2019 press release about the report can be found here.…
END_OF_DOCUMENT_TOKEN_TO_BE_REPLACED One of the recurring themes of financial commentators has been the decline in the number of IPOs compared to prior years. Articles about the dearth of IPOs are something of a staple in the financial press. The decline in the number of IPOs has also drawn the attention of Congress. One of the intended purposes of the Jumpstart Our Business Startups Act of 2012 was to try to encourage more companies to go public. A number of other initiatives to try to encourage more IPOs are currently circulating through Congress. The premise behind these various legislative initiatives is that if the regulatory burdens can be eliminated and costs reduced, more companies will go public. Columbia Law School Professor John Coffee recently testified before a Congressional committee about these latest initiatives. His testimony is set out in a May 29, 2018 CLS Blue Sky Blog article entitled “The Irrepresssible Myth That SEC Overregulation Has Chilled IPOs” (here),  reflecting his skepticism that further deregulation alone will result in increased numbers of IPOs.…
END_OF_DOCUMENT_TOKEN_TO_BE_REPLACED 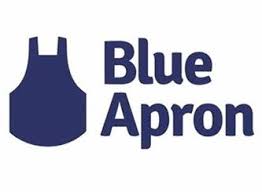 Most informed observers know that IPO companies are more susceptible to securities class action litigation than are more seasoned companies. IPO companies usually have short operating histories and so their post-offering performance can be unpredictable and may include unexpected developments. When IPO companies stumble out of the blocks, they can attract a securities suit just a short time after their debut. An example of this occurred earlier this year when Snap, Inc. was hit with a securities suit two months after its IPO. A more recent example of this sequence involved Blue Apron Holdings, which this past week was hit with a securities suit just seven weeks after its IPO. These cases underscore the securities litigation vulnerability of IPO companies, which in turn has important implications.…
END_OF_DOCUMENT_TOKEN_TO_BE_REPLACED

The IPO market in the U.S. is off to a slow start in 2016; according to Renaissance Capital, only eight offerings have priced so far this year, through March 29, 2016. The IPO slowdown actually began in the second half of 2015, when market volatility and stock price declines encouraged some prospective IPO companies to stay on the sidelines rather than complete their planned offering. But while the number of IPOs in 2015 declined compared to the immediately preceding years, there still were a number of interesting IPO trends during 2015, as detailed in a March 24, 2016 report from the Wilmer Hale law firm entitled “2016 IPO Report” (here). As discussed below, the report describes a number of the important characteristics of the 2015 IPOs. The report also contains some interesting discussion of the attributes of successful IPOs and an overview of the potential liabilities of directors of IPO companies.…
END_OF_DOCUMENT_TOKEN_TO_BE_REPLACED The pace of completed IPOs has picked up as 2015 has progressed. The number of U.S. IPOs completed in June 2015 was the highest monthly total since July 2014, and the number of IPOs completed during the week ending on June 25, 2015 was the highest weekly total since October 2014, as discussed here. Moreover, the market for IPOs appears to be quite healthy as we head into the year’s second half. Seres Therapeutics, which debuted during the week ending June 25, 2015 soared 186% on its first day of trading, the highest post-IPO pop since January 2014.…
END_OF_DOCUMENT_TOKEN_TO_BE_REPLACED