If you have not been following the drama surrounding the question of the attorneys’ fees to be paid to class counsel in the State Street foreign currency exchange overcharge case, you will want to read the latest order from District of Massachusetts Judge Mark Wolf. Among other things, in his February 27, 2020 order, Judge Wolf cut the fees of the law firms that acted as class counsel, from $75 million to $60 million. Perhaps even more significantly, Judge Wolf concluded that lawyers at two of the lead plaintiff law firms had violated applicable provisions of the professional code of conduct and referred the attorneys to the local state bar professional practices unit. Judge Wolf’s findings also include his own reflection about the indispensable role of judge in supervising class counsel and their fees. A copy of Judge Wolf’s order can be found here.
END_OF_DOCUMENT_TOKEN_TO_BE_REPLACED One specific fact that would be useful in the dialogue would be to know how much the estimated damages exceed the dollar amount of the damages claims that will actually be submitted and approved for payment if the case settles or if the plaintiffs prevail at trial. It is difficult to come up with the data to calculate these amounts because the outcomes of securities class action lawsuit settlement claims processes are not publicly available and because few cases go to trial and reach a verdict.

However, in a recent paper, several researchers from Cornerstone Research examined the claims data following two recent securities suit jury verdicts. Their analysis identifies actual claims rates in these two cases, information that may be useful to securities litigators and to their clients’ D&O insurers.
END_OF_DOCUMENT_TOKEN_TO_BE_REPLACED Insurers frequently contend that their amounts paid as disgorgement are uninsurable as a matter of law. Whether or not this principle is true as a general matter still begs the question of whether or not the amounts for which coverage is sought represent “disgorgement.” In an interesting October 20, 2016 opinion (here), Delaware Superior Court Judge Jan R. Jurden, applying New York law to the issue, held that amounts TIAA-CREF paid in settlement of three underlying class action lawsuits did not represent uninsurable disgorgement. Judge Jurden expressly distinguished a series of decisions in which New York courts had ruled that settlement amounts paid in settlement of regulatory enforcement actions represented uninsurable disgorgement.
END_OF_DOCUMENT_TOKEN_TO_BE_REPLACED

In the settlement documents prepared in connection with securities class action settlements, the documents typically specify that certain groups are excluded from the settlement class. Among the groups typically excluded are “affiliates” of the class action defendant company. In a recent decision (here), the Second Circuit examined the question whether an ERISA-regulated benefit plan that the defendant company sponsors is an “affiliate” of the company and therefore precluded from sharing in the settlement proceeds. In the following guest post, members of the Paul Weiss law firm take a look at the Second Circuit’s decision and discuss its implications. I would like to thank the Paul Weiss attorneys for their willingness to publish their article on my site. I welcome guest post submissions from responsible parties on topics of interest to this blog’s readers. Please contact me directly if would like to submit a guest post. Here is the Paul Weiss attorney’s guest post.…
END_OF_DOCUMENT_TOKEN_TO_BE_REPLACED 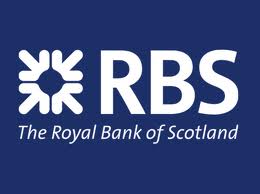 In a reminder that litigation from the credit crisis is still kicking around and that there are still some significant credit crisis cases that are yet to be resolved, Royal Bank of Scotland has agreed to settle the  Harborview Mortgage-Backed Securities litigation for a payment of $275 million dollars. The settlement is subject to documentation …

Of the different contexts within which securities class action lawsuits arise, one of the most significant is the bankruptcy context. As detailed in the following guest post from Michael Klausner and Jason Hegland of Stanford Law School, securities class action lawsuit arising in bankruptcy are different from cases involving solvent companies. Their guest post provides…

In a development that undoubtedly will attract comment and controversy, fourteen former Lehman Brothers executives – including former Lehman Chairman and CEO Dick Fuld (pictured) –have reached an agreement to settle the consolidated securities class action litigation that has been filed against them for $90 million. In a separate development, seventeen former Lehman executives have agreed…

The parties in the SCOR Holding (Switzerland) AG class action securities litigation seem to have devised a “global” settlement strategy to resolve the problems arising from the cross-border distribution of would-be class members.

First, some background. The lawsuit relates to alleged misrepresentations and omissions purportedly made by SCOR Holding’s predecessor in interest, Converium. Converium was domiciled…