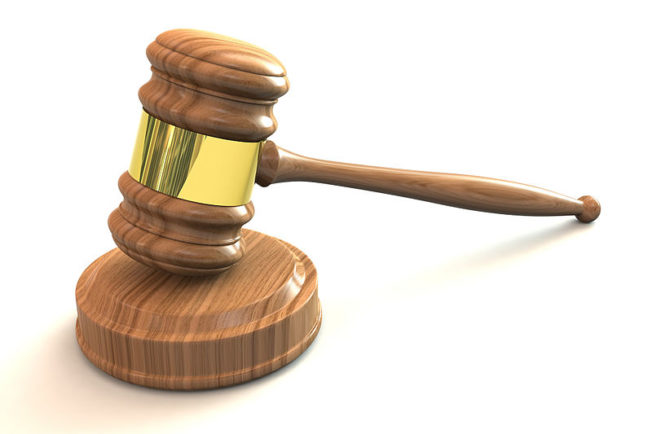 A frequently recurring claim that many companies face is a lawsuit brought by a competitor after the company hires the competitor’s former employee. Depending on how the competitor’s lawsuit is framed, these kinds of claims can be an awkward fit with the defendant company’s D&O insurance policy. A recent insurance coverage dispute in Delaware state court illustrates the kinds of coverage issues that can sometimes arise in connection with these claims. As discussed below, there are ways that D&O insurance policies can be revised to try to address at least some of the coverage issues. Delaware Superior Court Judge Eric Davis’s May 2, 2018 in the insurance coverage litigation can be found here.

All of the counts in the complaint specifically reference the term “trade secrets” except Count V, the Federal Computer Fraud and Abuse Act claim (FCFAA). In Count V, ESA claimed Docteroff improperly accessed ESA’s computers and copied information in violation of the FCFAA, and that Ruby and WoodSpring conspired with Docteroff to violate the FCFAA.

In May 2017, following mediation, the parties to the ESA litigation reached a settlement pursuant to which WoodSpring would pay ESA $1.16 million, and Ruby would pay ESA $40,000.

Upon service of the ESA complaint, WoodSpring submitted the claim to its D&O insurer. The insurer agreed to defend Ruby subject to a reservation of rights, but denied coverage for the claims against WoodSpring. WoodSpring filed an action against the insurer seeking a judicial declaration that the policy covered the ESA claims, and also seeking damages for breach of the insurance contract. WoodSpring filed a motion for partial summary judgment regarding the defense costs the company incurred in defending the ESA lawsuit.

In denying coverage for ESA’s claims against WoodSpring, the D&O insurer relied on exclusions 4(t), as amended by Endorsement No. 10 to the policy. The exclusion as amended provides that the insurer shall not be liable to make any payment of Loss in connection with any Claim made against an Insured:

(i) for any actual or alleged plagiarism, misappropriation, infringement or violation of copyright, patent, trademark, trade secret or any other intellectual property rights; provided, however, that this exclusion shall not apply to a Securities Claim;

(ii) for any actual or alleged violation of any law, whether statutory, regulatory or common law, respecting any of the following activities: anti-trust , business competition, unfair trade practices or tortious interference in another’s business or contractual relationships; provided however that his exclusion shall not apply to a Securities Claim;

In his May 2, 2018 opinion, Judge Davis granted WoodSpring’s motion, concluding that because the D&O insurer had a duty to defend Ruby and WoodSpring, WoodSpring was entitled to summary judgment.

Judge Davis first declined to decide whether Delaware or Kansas law applied, as he concluded that the two states’ laws do not conflict for purposes of the motion. Under the laws of both jurisdictions, if any part of a complaint against an insured is covered, then a duty to defend insurer must defend the entire claim.

Judge Davis also rejected the insurer’s argument that Ruby was not entitled to coverage under the policy because she was sued in other than insured capacity; Judge Davis found that Ruby was being sued as an employee of WoodSpring and therefore the claims against her were not precluded from coverage based on the capacity in which she was acting and for which she was sued.

With respect to the D&O insurer’s reliance on the policy’s intellectual property exclusion to preclude coverage, Judge Davis found that the ESA customer information that the defendants were alleged to have misappropriated constituted trade secrets within the meaning of the policy. He then went on to say that “Unless some claim in the ESA litigation does not relate to a misappropriation of a trade secret, then [the insurer] would not owe a duty to defend or indemnify WoodSpring in connection with the ESA litigation.”

Judge Davis concluded that ESA’s allegation that Ruby and WoodSpring conspired to violate the Computer Fraud and Abuse Act does not relate to a misappropriation of a trade secret. Judge Davis reviewed the Act and concluded that the operative provision “does not require that an item of value [obtained by computer fraud] does not need to be a trade secret or even confidential.” Count V of ESA’s complaint “is broader than the misappropriation of a trade secret.” Rather, the count relates to “unlawful access to ESA’s protected computer system with the damage relating to copying and communicating ESA information.” Count V “does not explicitly refer to any trade secrets in Count V” and “does not even specifically use the term trade secrets.” Accordingly, Judge Davis concluded that Count V is not precluded from coverage by exclusion 4(t). Because Count V is not precluded from coverage, the D&O insurer had a duty under the policy to defend WoodSpring.

An argument often raised by prospective private company D&O insurance buyers is that because their firm is closely held or family-owned, they don’t need D&O insurance because they will never have any D&O claims. The mistaken presumption behind this contention is that claims by shareholders are the only kinds of D&O claims the company has to worry about. As the underlying lawsuit in this claim shows, claims can come from other claimants beyond just shareholders — including, as was the case here, from competitors, as well as customers, suppliers, and regulators.

Most private company D&O insurance policy have entity intellectual property claim exclusion like the one that at issue here. Because ESA’s complaint against WoodSpring was almost exclusively concentrated on trade secret allegations, the intellectual property exclusion in WoodSpring’s D&O policy almost entirely precluded coverage for ESA’s claims against WoodSpring. In the end, it was a close run thing for WoodSpring to establish that it was entitled to a defense of the claim. The fact that ESA happened to include a separate claim for alleged FCFAA violations that did not depend on trade secret allegations made the difference here, and was sufficient for WoodSpring to be able to establish that it was entitled to a defense.

It is not uncommon for competitor hire complaints to include an intellectual property claim. The competitor company claimants frequently complain that their former employee had access to or knowledge of customer lists, vital process information, or some other supposed piece of knowledge or information that the former employee transferred or provided to their new employer. The presence of these kinds of allegations, along with the typical entity intellectual property exclusion found in most private company D&O insurance policies, cause the awkward fit for competitor hire claims under the policies.

What was unusual about ESA claim here was that it was almost entirely focused on the trade secrets issue. More typically in competitor hire complaints, the aggrieved company will not only allege some type of intellectual property claim, but they will also allege a host of other claims that are not dependent on the intellectual property allegations; these other claims might include, for example, claims of unfair competition or deceptive trade practices; tortious interference with prospective business advantage; misrepresentations or fraud, and many other kinds of wrongful conduct.

Most private company D&O insurance policies contain antitrust exclusions, at least in their base forms. However, in at least some circumstances, private company D&O insurers will agree to remove this exclusion, or at least to modify it to provide sublimited coverage or defense cost coverage. To be sure, the insurers will not always agree to remove or modify these exclusions. However, the kinds of allegations raised in competitor hire lawsuits highlight how potentially important for the possibility of coverage it could be for these exclusion to be removed or modified.

Competitor hire claims may represent an awkward fit with private company D&O insurance policies, but it is important for companies to do everything they can when they put coverage in place to try to increase the likelihood that coverage will be available in the event one of these kinds of claims should arise.