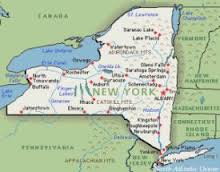 A February 2, 2017 opinion from the New York Appellate Divisions, First Department, applying New York law, reversed a lower court’s rejection of the disclosure-only settlement of a suit that had been filed in connection with Verizon’s proposed acquisition of Vodafone subsidiaries holding ownership interests in Verizon Wireless. The decision expressly considered the Delaware courts’ concerns in Trulia and other cases about disclosure-only settlements, but nevertheless not only reversed the lower court’s rejection of the settlement, but remanded the case for the lower court to consider a fee award for the plaintiffs’ counsel. The New York court’s decision in the Verizon case presents a number of interesting and important suggestions the future direction of merger objection lawsuits.  The New York appellate court’s opinion can be found here.

In September 2013, Verizon Communications announced that it had entered into a $130 billion agreement with Vodafone Group plc to acquire certain Vodafone subsidiaries holding a 45% ownership interest in Verizon Wireless. The transaction would, in effect, turn Verizon Wireless from a joint venture with Vodafone into a wholly-owned subsidiary of Verizon.

In late 2013, attorneys for the plaintiff and for the company negotiated a proposed settlement of the merger objection lawsuit in which the company agreed to make certain additional disclosures and agreed for a period of three years that if Verizon were to sell or spin-off Verizon Wireless that Verizon would obtain a fairness opinion from an independent financial advisor. The defendants also agreed not to object to the plaintiffs’ counsel’s request of an award of fees up to $2 million

Objectors to the merger appeared at the hearing at which the trial court considered whether or not to approve the settlement. Among other things, the objectors presented evidence by Fordham Law Professor Sean Griffith challenging the settlement and the proposed payment of plaintiffs’ attorneys’ fees. Professor Griffith testified that the terms to which the parties has agreed as part of the settlement were routine and that the fairness opinion requirement would not provide any real benefit for Verizon shareholders. The trial judge ultimately rejected the proposed settlement. The plaintiff appealed.

In a February 2, 2017 opinion written by Judge Marcy Kahn, a four-judge panel of the New York intermediate appellate court reversed the lower court’s rejection of the settlement and remanded the case for the determination of the a fee award for the plaintiff’s attorneys.

The appellate court’s opinion opened with an observation that “much has been written” about disclosure-only settlements in merger objection lawsuits and the question whether attorneys’ fees should be paid in these kinds of lawsuits. The opinion included a detailed consideration of the rise of disclosure-only settlements, including an observation that “the use of nonmonetary settlements” has “become increasingly disfavored” and have “proved problematic” because “they provided minimal benefits either to shareholders or to their corporations.” The court further noted that this “increasingly negative” view of disclosure only settlements had been “reflected” in the decisions of courts in both Delaware and New York,” expressly citing the Trulia decision, among others.

Nevertheless, the court noted that while some observers have opined that decisions like Trulia and others “may signal the extinction of ‘disclosure-only’ settlements,” that conclusion, the court noted, “may be premature.” Where additional disclosures are “arguably beneficial” to shareholders, the court noted, courts have approved disclosure only settlements and approved the award of attorneys’ fees. The appellate court also noted that some commentators – including Professor Griffith – have called for a “more balanced approach in evaluating non-monetary class action settlements.”

With that background in mind, the appellate court then proceeded to assess the proposed settlement using the five-factor test first enunciated in its 1990 decision in the Colt Industries Shareholder Litigation (here). Under this test, a court considering whether to approve a class action settlement to determine whether it is the class members’ best interests should assess: “the likelihood of success, the extent of support from the parties, the judgment of counsel, the presence of bargaining in good faith, and the nature of the issues of law and fact.”  In reviewing the record, the appellate court concluded that each of the five factors “weighs in favor of the proposed settlement.”

The court then went on to say that “in light of more than two decades of merger and objections litigation following Court,” a revision of the five-factor Colt standard is warranted “to effect an appropriately balanced approach to judicial review of proposed nonmonetary class action settlements.” Accordingly, the appellate court added to the five-factor Colt test “two additional factors,” that is, “whether the proposed settlement is in the best interests of the putative settlement class as a whole, and whether the settlement is in the best interests of the corporation.”

The court expressly rejected the argument that the approval of the settlement would amount to an approval of an unwarranted release of Verizon’s directors and officers of damages claims related to the merger. The appellate court rejected the argument that the release was overly broad, noting that only a very few Verizon shareholders had objected to the proposed settlement and none of the objections were based on concerns about the release of damages claims.

Finally, the appellate court said that the benefits to Verizon’s shareholders were “sufficient to warrant an award of attorneys’ fees” and that the matter should be remanded to the lower court for a determination of the appropriate amount to be awarded.

Judge Karla Moskowitz separately concurred in the court’s opinion, noting that she thought the five-factor Colt test was sufficient for the appellate court to approve the settlement, and that she would not have modified the test without at least allowing the parties to brief the issue.

The February 2, 2017 opinion represents the decision of an intermediate appellate court and as such is subject to review and revision by the New York Court of Appeals in subsequent proceedings. Unless or until higher court review, however, the opinion represents a significant statement on the question of the viability of disclosure-only settlements in New York’s courts.

One obvious question is whether the fact that the Verizon court’s opinion was based on New York law – rather than Delaware law — is a significant factor contributing to the court’s willingness to approve the disclosure-only settlement. It is of course important to note and understand that the court’s decision was based on New York law and not Delaware law. However, in the court’s view, and given its revision of the five-factor Colt standard, the analysis it applied to consider the proposed settlement was consistent with the standards applied in the Trulia decision.

The outcome of this case, and specifically the award of the attorneys’ fee and the lack of concern about the scope of the release, raises the question whether New York will become an attractive forum for merger objection lawsuits. It is certainly hard to argue that the appellate court, while expressly noting the concerns that has led to Delaware’s courts hostility to disclosure-only settlements, seemed notably less concerned about some of the perceived abuses of these kinds of case resolutions than the Delaware courts.

A February 7, 2017 article on Practical Law Corporate & Securities (here) noted that the New York court “arguably produced a standard that is more easily satisfied than the Delaware Trulia test,” while adding a cautionary note that “more decisions from New York courts may be necessary before it can be determined conclusively that the New York standard is more forgiving than Delaware’s.”

To be sure, prospective claimants will not be able to resort to New York’s courts in many instances, at least where the prospective defendant company is neither based in New York nor organized under New York’s laws. But in those cases where a sufficient contact to the jurisdiction exists, plaintiffs’ lawyers may be drawn to try to file their merger objection lawsuits in New York’s courts.

As claimants have sought to file merger objection lawsuits in courts outside Delaware, one question has been the extent to which other courts might follow Delaware’s hostility to disclosure-only settlements (as noted here). Last summer, when Judge Posner wrote a scathingly critical opinion in the Walgreen’s case, and expressly adopted and applied the Trulia decision, there were further grounds to suspect that the disclosure-only settlements would not fare any better outside of Delaware than they have in Delaware’s courts.

A critical factor in the appellate court’s willingness to approve the disclosure-only settlement in the Verizon case was not only its conclusion that the settlement met the established five-factor test, but that it met the further test that the settlement was in the interests of Verizon’s shareholders and of Verizon itself. A cautious observed might note that not every settlement will meet these tests. That is certainly true. However, the fact is that the elements of this settlement are not uncommon; it could be argued that the supplemental disclosures and the requirement for an independent fairness opinion if Verizon sells or spins off the wireless unit are routine and even commonplace. It could be argued that if this proposed settlement is sufficient to meet even the appellate court’s modified standard, many disclosure-only settlements will likely also withstand scrutiny.

The possibility that plaintiffs’ lawyers may yet be able to continue to pursue these kinds of merger objection lawsuits as a way for them to be able to extract a fee in what has often been called a “deal tax” may lend increasing support for alternative proposals, including Professor Griffith’s suggestions that companies adopt “no pay bylaws” in which companies pre-commit not to pay plaintiffs’ attorneys’ fees in certain specified kinds of lawsuits. Professor Griffith’s “no pay” bylaw proposal is discussed in greater detail here.

C5 Conference in London in April 2017: It is hard to believe now in the midst of winter, but April is just around the corner. With that in mind, it is important to note that C5 will be holding its annual D&O Liability Insurance Forum in London, on April 25-26, 2017.

The conference will explore how political changes could affect regulation and enforcement within the industry. The event will also host key sessions on how Third Party Litigation Funding can help claimants, and how growing risks such as cyber-attacks and climate change could impact upon D&O claims. In addition, speakers will discuss the connection between antitrust enforcement and D&O claims activity. The event will host thought leaders from leading companies such as Volkswagen and Tesco to share insights on settled cases across Europe.

I will be participating in the event as a panellist in the conference’s opening panel, together with Noona Barlow of AIG and Mary O’Connor of Willis Towers Watson, on the topic “How Geopolitical Events are Shaping the World and Implications for D&Os.”